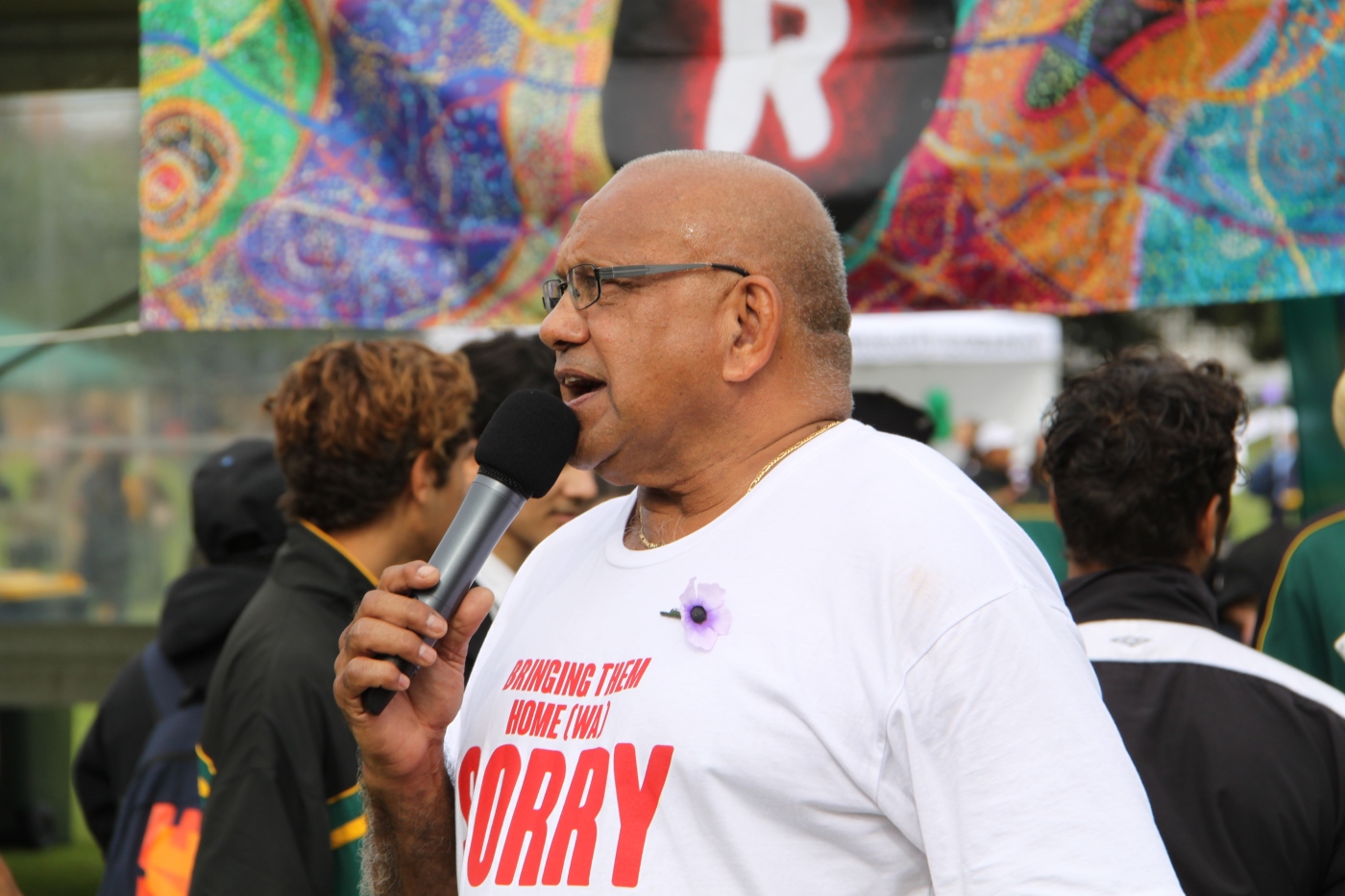 Bringing Them Home WA is excited to announce the appointment of our inaugural Executive Director, Jim Morrison.

Jim is well known to members and supporters of Bringing Them Home WA as our Aboriginal Co-Chair for the past decade. He has now resigned that role to take up his new appointment, made possible thanks to the receipt of a community grant from Lottery West.

Jim Morrison is a senior Nyungar man, a Traditional Custodian from WA’s southern coast. His mother, father, and their 21 siblings were all stolen and separated as children.

Jim has been an uncompromising activist, advocate and leader in pivotal Aboriginal advancement roles for over four decades, working passionately to address the tragic mental health and suicide issues that are a legacy of Stolen Generations policy; equity in access to culturally safe services in State and Commonwealth Governments; overdue prison reforms; Aboriginal employment; education and training; equity in universities; the protection of young street people and the formation and management of non-government agencies providing services to Aboriginal families and their broader communities.